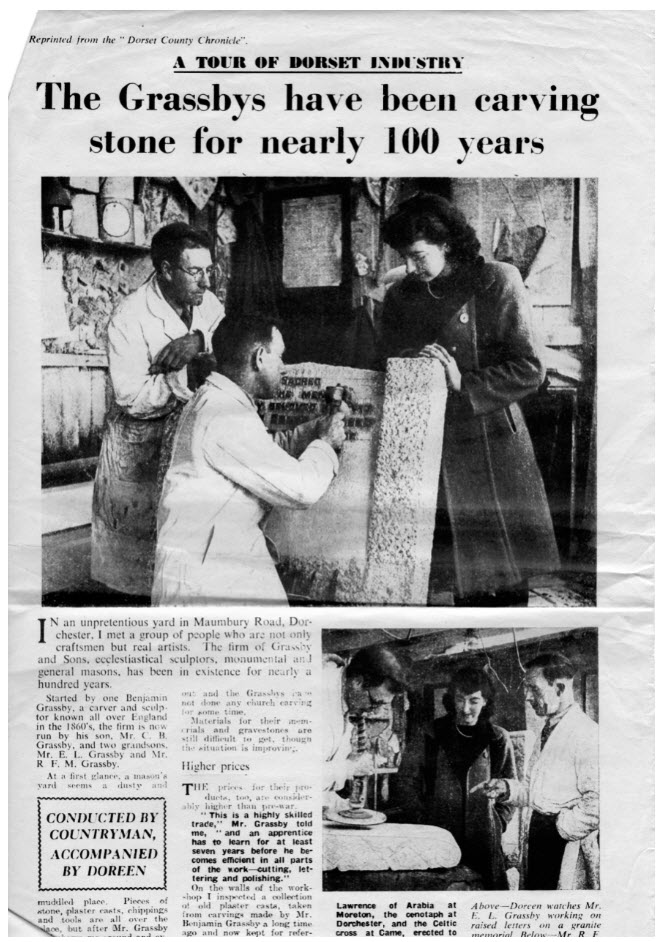 Grassby Memorials, previously known as Grassby Stonemasons, was established by Benjamin Grassby in 1861 who had achieved enormous success as a stone carver in the London, East Anglia and Sussex areas.

Benjamin initially moved to Powerstock in the 1860s to carve in the churches at Shipton Gorge and the surrounding villages. He liked it so much he decided to settle in Dorset. He was a prolific stonemason carrying out a lot of church restoration in the Victorian period along with plenty of building masonry as is evident on parts of many Victorian houses in Dorchester.

Benjamin had a number of children and many of his sons went into the stone carving trade. Clinton Benjamin Grassby, born 1872 and Algernon Grassby born 1875 both remained in Dorchester and continued working in the family business which moved to Maumbury Road and then to High East Street.

After the First World War, the local community felt that there should be some record of the sacrifice made by local soldiers. It was agreed in 1920 that a monument should be built on its present position at the corner of South Street and South Walks. The council sought estimates from local firms for the design, carving and erection of the monument, and the winning tender was that of an Algernon Grassby, monumental mason of Maumbury Road at a cost of £400.

The cenotaph, which was unveiled on 24th May 1921, is made of Portland whitbed stone, is 15ft high and weighs 17 tons. Both back and front are decorated by relief panels, with a carved laurel leaf and crusader’s sword, with the dates 1914 to 1918 on a scroll. Attached to the front of the memorial are bronze plaques bearing the names of the fallen. Legend has it that the trowel Algernon Grassby used to complete the work is buried within the stonework.

Since the first world war the firm has been involved with a number of notable undertakings including the headstones for TE Lawrence (Lawrence of Arabia) at St Nicholas Church in Moreton in 1935, Thomas Hardy’s dog Wessex at Max Gate in 1926, and going further back, William Barnes the poet in 1886.

The firm has continued to be run by the Grassby family over the years with Tony Grassby, his late son Richard Grassby, Andrew Grassby and Peter Grassby all being part of the business at some point during the 1960s, 1970s and beyond. William Grassby is the latest member of the family to join the company as a stonemason. 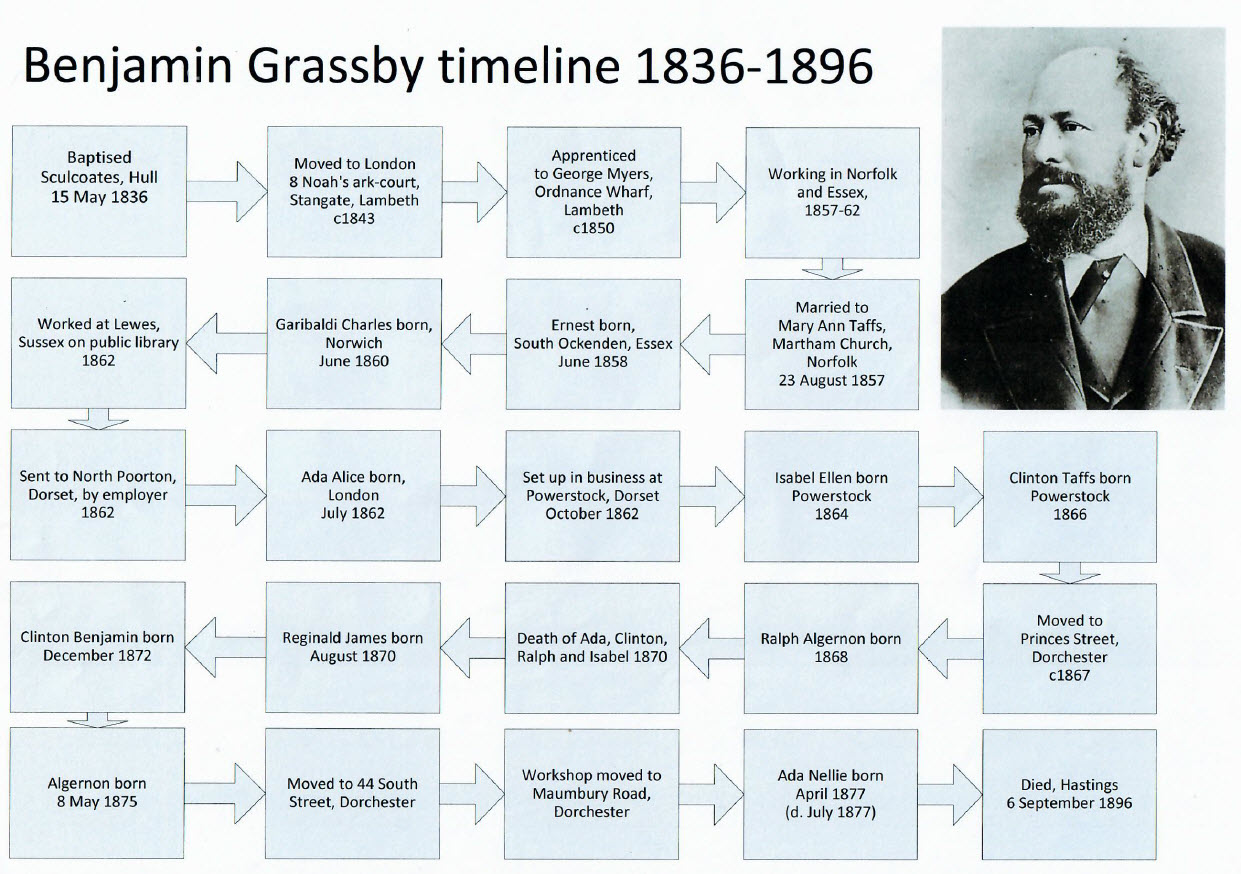